Note: Under Florida law, email addresses are public records. If you do not want your email address released in response to a public records request, do not send electronic mail to this entity. Instead, contact this office by phone or in writing.

The Winter Garden Village at Fowler Groves Community Development District (“District”) is an independent special district, created pursuant to and existing under the provisions of Chapter 190, Florida Statutes, and established by Ordinance No. 06-06, adopted by the City Commission of the City of Winter Garden, Florida on January 26, 2006 and which became effective on February 5, 2006.  This District includes within its boundaries approximately 146,692 acres lying in Section 35, Township 22 South, Range 27 East, and Section 2, Township 23 South, Range 27 East located in Orange County.

The District issued its Series 2016 Bonds (“Bonds”) to fund the construction and/or acquisition of stormwater management improvements, landscaping, utilities improvements, and roadway improvements.

A  map of the District’s boundaries can be found here: PDF | RTF

Florida Law requires that the District publish an annual meeting schedule for the fiscal year one time in a newspaper of general circulation in Orange County.  The Board may decide to cancel or reschedule any of its meetings, or add meetings or workshops as items of business dictate. These new meetings will be advertised in the newspaper at least seven (7) days in advance, and agendas are available on the website a week prior to the meeting.

PFM Group Consulting LLC has extensive experience providing consulting and management services to special districts located throughout Florida. Our firm provides services at every stage of a district’s life from establishment to full development. We offer Financial Advisory Services and District Management Services (including Administrative Services, Accounting, Minutes and Public Records Services, and Lien Book & Tax Roll Services) to over 50 CDDs throughout the state of Florida.

For information regarding this District, please contact the District Manager:

The Board adopts the budget each year in accordance with a process outlined in the Florida Statutes. Each Fiscal Year runs from October 1 to September 30. The Board will first approve a proposed budget in the spring and will provide it to the City of Winter Garden and Orange County at least 60 days before the budget hearing, at which time the Board will adopt the final budget and levy the resulting non-ad valorem assessments.

As the District’s audited financial statements are prepared by an independent auditor, and accepted by the Board, we will post them on the website for your information. If you are interested in an audit for a previous fiscal year, please contact the District Office. For more information on audits, please visit: https://flauditor.gov

send us a message

Note: Under Florida law, email addresses are public records. If you do not want your email address released in response to a public records request, do not send electronic mail to this entity. Instead, contact this office by phone or in writing. 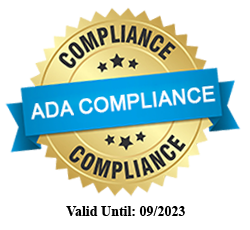